Unlimited Edition is the cinematographic meeting of four writers who are also actors, directors, teachers and playwrights. This multiplicity of jobs in relation to the word is the common point of the four chapters that make up the film. Four stories, four main characters: two men, two women who show in different ways the writing, the reading and the generational diversity. The essential nucleus of these fictional essays is the power of the word but also the reading as an excuse to meet others. The gaze and listening of an another seem to be the only vital presence in any creative process. 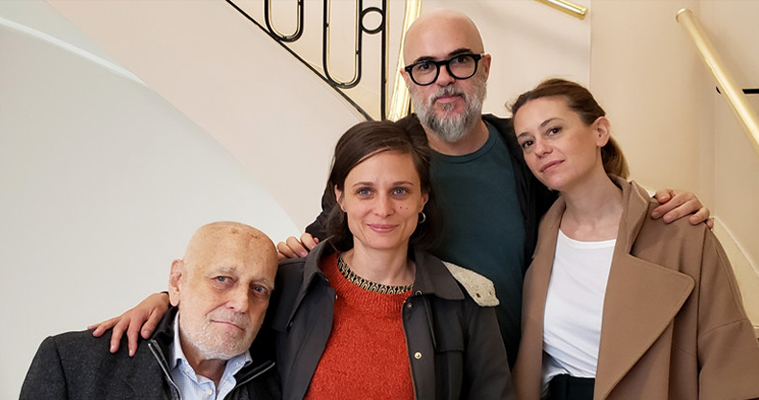 Edgardo COZARINSKY was born and lives in Buenos Aires after living thirty years in Paris. He is a screenwriter and filmmaker. // Santiago LOZA is a writer, playwright and filmmaker. His first feature film, Strange, won the ‘Tiger Award for Best Film’ at the Rotterdam Festival (2003). His most recent work, Breve historia del Planeta Verde, won the ‘Teddy Award’ for the best LGBT feature film at Berlinale. // Virginia COSIN is a writer and director of Sportivo Literario, a space she created where she coordinates meetings for reading and writing workshops. Since 2018 she is the general editor of Atletas Revista. As a novelist, she has published Partida de nacimiento and Pasaje al acto. // Romina PAULA is writer and cinema and theatre director. Her debut feature film, Again once again, had its world premiere at the Rotterdam Festival and won the ‘Horizontes Award’ at the 67th ed. of the San Sebastian Film Festival.